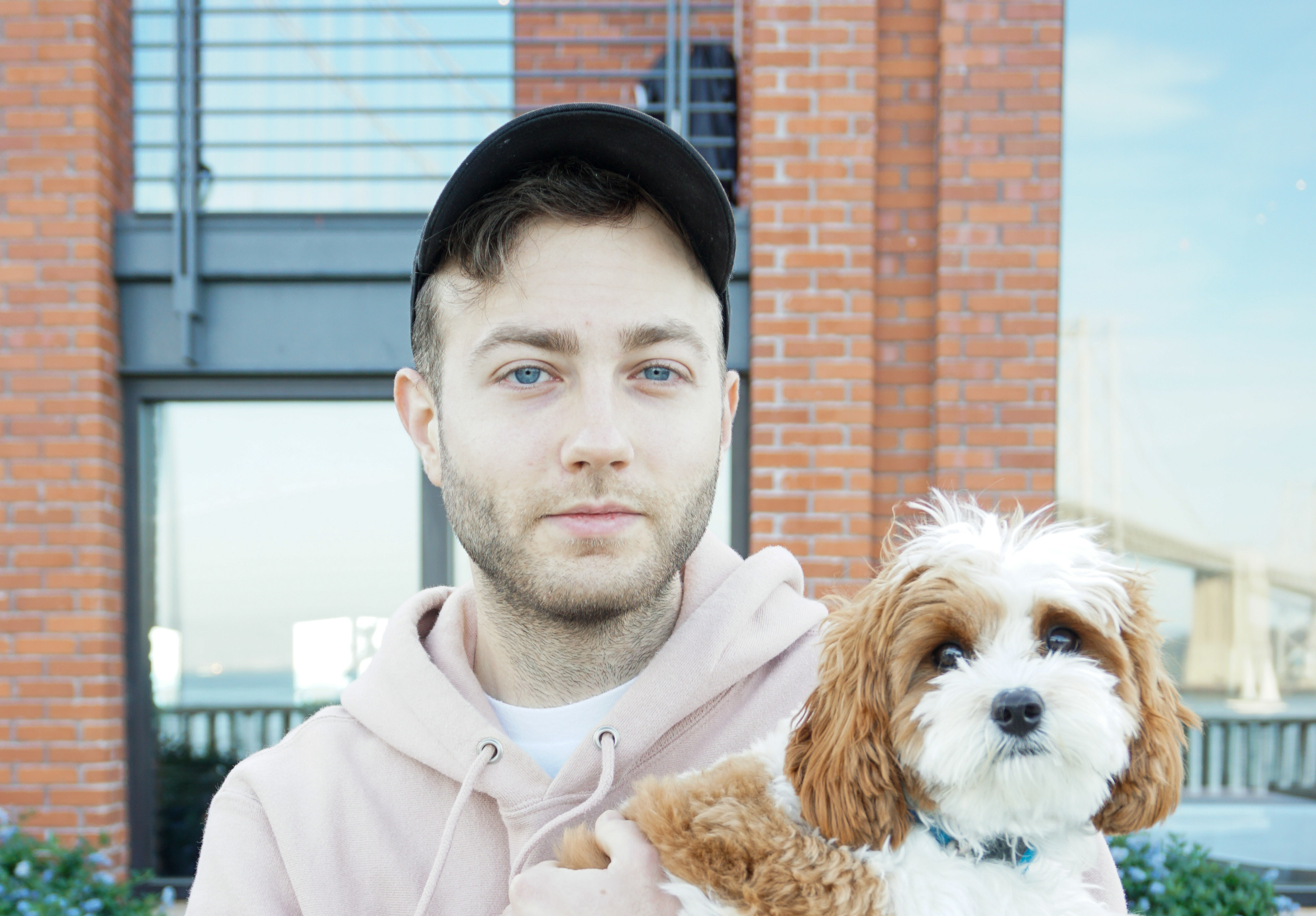 Let’s start at the beginning, tell us about the first time you tried Coapt. For example, where were you, who were you with, what was it like, etc.?

My first Coapt experience was at Arm Dynamics, my prosthetics specialist. Before that, I hadn’t tried a myo prosthesis in over 20 years–I always hated using one as a little kid.

With Coapt, I was surprised at how easy and intuitive it was to calibrate multiple grips and wrist rotation with my new arm. I had the basics down after just a few hours of practice.

Before you used Coapt, what were some of the pain points or difficulties in your day-to-day activities either using other prostheses (if applicable) or just in general living with a limb difference?

At age 3, I pinched my leg with a myo prosthesis and couldn’t let go–I don’t think I ever it again after that. Though I didn’t understand it at the time, I was frustrated with the inability of those primitive myo control systems to handle co-contraction or anything besides basic “on/off”.

Without a prosthetic, I can get along fine, but the impact of using one arm to do everything is noticeable. My muscles are totally different sizes, and I have shoulder problems likely from the overuse of my sound limb.

With a Coapt system, what are some ways that your daily routine has changed for the better?

It’s just great to be more symmetrical. Small things, like carrying a bag with my prosthetic while I fish for keys or use my phone with my sound limb, have definitely made a difference. Lifting objects is more stable, and I’m no longer forced to twist or extend my arm in weird ways to grab straps or handles. Holding a plate and serving myself in a buffet line is suddenly easy — I don’t have to wedge a plate between my arm and chest, which was my precarious workaround.

What is your most memorable Coapt moment since becoming a Coapt user?

Since I’m missing my right hand, handshakes have always been awkward — people just don’t know what to do if I extend my residual limb, and I get weird looks when I try using my left. This has been really rough considering a handshake sets the first impression for everyone you meet.

After receiving my prosthetic, I tried using it for a shake. The immediate response: “Wow, that’s so cool!” It was such a relief, and Coapt gave me the confidence that I could switch grips and perform the motion on the fly.

What would your advice be for a first-time Coapt user?

At first, you may find you’re less skilled with your prosthetic than without one, even with the Coapt system inside. That’s normal, especially if you haven’t used a prosthetic in a while. You’ve adapted to daily living that way, and the hand may feel clunky and unnatural. Don’t give up! It really does take active practice to make yourself comfortable using the new system. In moments where you feel the urge to remove your prosthetic to perform some specific task, take a minute to plan out how you’d do it with Coapt, try it, and iterate. Over time, it’ll become second nature.

What are some of the biggest misconceptions you see about people living with a prosthesis?

I think lots of sci-fi movies and TV have led to this notion that prosthetics should automatically feel like a natural extension of your own body, which leads to unrealistic expectations of how your prosthetic interactions will go from day one. It also puts a lot of pressure on users to be skilled and not make mistakes. To me, a prosthetic is a tool–nothing more, nothing less. Coapt makes it a very GOOD tool, but it’s not going to feel like your other limbs.

Plug yourself! What are you most proud of this year? Any milestones in your life? Anything else that you’re eager to shout from the rooftops?

This past year, I bought a house, got promoted to Senior Software Engineer at Google, and started working on a wearable robotics team that’ll help people move. I also became involved with the open-source prosthetics community and am working to help design and fabricate low-cost devices for people everywhere. I also finally had the time to master a number of Jimi Hendrix songs on the guitar (thanks, covid).

What’s next for you – do you have any big or small goals on the horizon?

My big goal is to get more involved in the limb-differenced community and hopefully provide an example that I never had growing up. If you’re growing up without a hand, you’re also probably the only person you know without a hand.

Finally, are there any other details about your Coapt experience or your experience living with a prosthesis you’d like to share?

Sometimes, I still remove my prosthesis to do certain things, usually for typing on a computer. It doesn’t mean Coapt isn’t working correctly, but such dexterity probably isn’t going to be available in prosthetics for a while. I don’t think doing this for certain things means you’ve failed as a user.