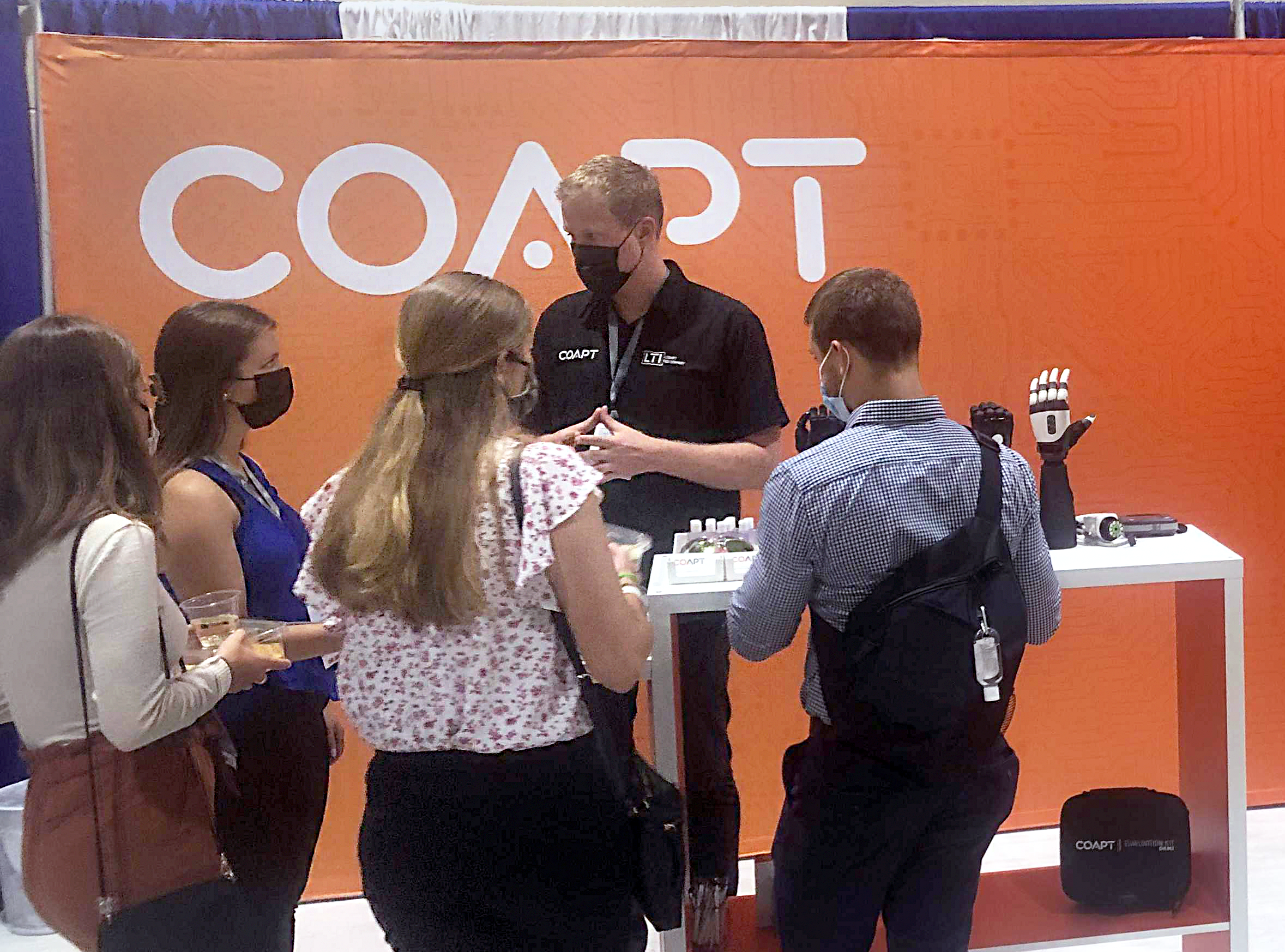 Hello! We are Coapt, a human-machine interface company leading academic research and innovation in upper extremity prosthetic control. Ten years ago, Coapt became the first company to introduce myoelectric pattern recognition technology which could be used to control prosthetic hands, wrists, and elbows.

We do not make or sell prosthetic hands. We make Coapt Gen2®, which uses the Complete Control® advanced myoelectric pattern recognition technology to control prosthetic hands, wrists, and elbows. The Coapt system is compatible with more than 400 combinations and configurations, allowing clinicians to choose the configuration from the manufacturer or manufacturers to best meet their patients’ needs. Coapt myoelectric pattern recognition is also compatible with TMR and Osseointegration.

Coapt Complete Control® add-on kit, acts as the “brain” of a prosthesis, and is contained inside of the arm. This ‘brain’ is connected to eight pairs of electrodes making contact with a user’s residual limb to capture detailed myoelectric data. Using this data, users are able to teach the Coapt Gen2® Complete Control® their natural patterns of muscle activity, specifically corresponding to the intended prosthesis function.

With Coapt, control of prosthesis function becomes seamless and intuitive. With a simple calibration, users are able to control the speed of their device and teach the system to adapt to changes in the user’s myoelectric signals. Due to the sensitivity of the electrodes, strong and isolated myoelectric signals are not necessary for users to control a prosthesis with ease.

Coapt puts control into our users’ hands. With a user-friendly iOS and Android app (Control CompanionTM), users can adjust and update control on their schedule.